The rugged beauty of the Canary Islands is the venue for Playitas Resort Challenge Fuerteventura. The half distance race is known as the perfect season opener for Europeans who want to test themselves on a tough course set against the dramatic volcanic backdrop of this spectacular island.
This weekend’s Challenge Fuerteventura saw Italy’s Jonathan Ciavattella claiming victory over a strong field while there were no surprises in the women’s race with a resounding win by Daniela Ryf (SUI).

Coming out of the water in second place in 24:06, just 12 seconds behind Douglas Roberts (GBR) and a minute ahead of Germany’s Timo Bracht, Ciavattella was soon in the lead on the bike, a position he maintained for the rest of the day, taking the win in 4:02:52. Second place Ritchie Nicholls (GBR) became a real threat on the run, coming off the bike in eighth place, he had run up into second by the half way point and continued to gain on Ciavattella, but ran out of track, crossing the line just 18 seconds down. Patrik Nilsson (SWE) rounded out the podium in third place.

“I am excited to take this win,” said Ciavatella on crossing the line. “The tough slopes of the Subida a El Cardón, were certainly testing although the effort required was made slightly easier by the absence of Fuerteventura’s infamous wind.”

In the female category, there was no surprise when race favourite, Daniela Ryf, arrived first at the Challenge Fuerteventura Playitas Resort finish line in a time of 04:20:33.

Ryf exited the water in second behind Catherine Jameson (GBR) and after a brief spell in third, when Anja Beranek (GER) took the lead, she soon claimed back second and then rode into the lead where she stayed for the remainder of the race. By the time she crossed the line she had extended her lead to just under thirteen minutes ahead of Beranek while Eimear Mullen (IRE) crossed the line a further three minutes later in third place. 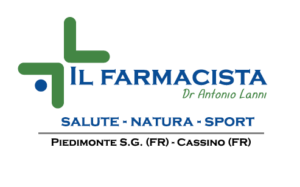